A “Surface” Level Overview of What’s New from Microsoft 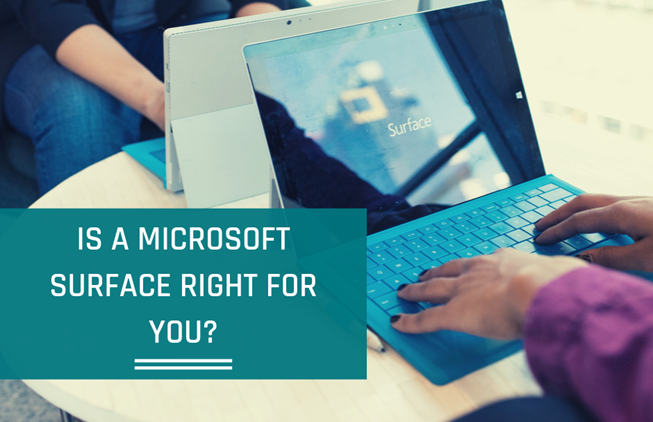 Microsoft aims to “keep you in your flow” with its new line-up of Surface devices that were announced at their Microsoft Event earlier this month. The announced devices include some to-be-expected upgrades, but also some new innovations that Microsoft hopes will shake up the portable device landscape.

Falling into that “to-be-expected” upgrade category, this year’s iteration of the Surface Pro device very much sticks to the tried and tested formula Microsoft has developed. Sporting the same form factor and screen, the main change you’ll notice on the exterior is the new USB-C port replacing the Mini-DisplayPort. This is an exciting change that will allow for more connectivity, but sadly deprecates all Mini-DisplayPort adapters and cables that were being used for video out of the Surface.

Under the hood, the CPU has jumped 2 generations over the previous Surface Pro 6, and is set to be a significant jump in performance. It also boasts Wi-Fi 6 support, allowing much better network performance on networks that support it; and faster RAM. All Surfaces announced this year also feature quick charging, which is advertised to charge devices from 0-80% in just one hour.

Much like the Pro 7, the Surface Laptop 3 hasn’t undergone any massive changes to form factor. The biggest change here is the addition of a 15-inch option, affording a larger screen on the same great-looking device. Another exciting change is the improved serviceability the Laptop 3 will support. Using a special tool, the keyboard can be lifted away to access the internal components of the device. This is a huge change over the Laptop 2, which was notoriously unrepairable due to the destructive nature of disassembly. Better repairability should hopefully aid in keeping service costs down and remove the necessity of replacing any devices needing repair.

Much like the Pro 7, the 13-inch Surface Laptop 3 will feature 10th Generation Intel CPUs, while the 15-inch will run a Surface Edition AMD Ryzen CPU. The Ryzen promises top-notch graphical performance.

The rumour mill had determined that Microsoft was working on an ARM-powered Surface device, which is the type of processor you’ll find on modern smartphones. Previous ARM Windows devices had been overall letdowns, but Microsoft has taken the extra step here by working with Qualcomm, the company behind the processors found in most smartphones, to put together a processor worthy of the Surface name. Enter the Microsoft SQ1, which is being sold as an ARM processor designed specifically for a Windows 10 experience.

Working with the SQ1 allowed Microsoft to bring the Surface down to the thinnest it’s ever been, at just 5.3mm at its thinnest point. You’ll also find a larger screen when compared to the Pro 7, with roughly an extra inch added.

Microsoft claims moving to the SQ1 will afford better battery life, as well as less drain on the battery for the same performance. The new chip also includes LTE support, so the Pro X will be better able to stay connected on the go. It’s great to see Microsoft innovating in the Surface line, but it will certainly be interesting to see how the Pro X compares to the Pro 7. The new chip has its fair share of limitations, so it will take some hands-on results to see how great the gains in battery life will truly be.

The Surface Pro 7 and Laptop 3 will become available on October 21, and the Pro X on November 18. If you’re considering rolling out new devices or refreshing older systems within your business, it’s important to choose devices that will best fit your needs. Get in touch with the Altitude Innovations Team to determine what’s best for your business, and find out how to make any hardware rollout as painless as possible.